We are going to DYI TV Ambient Lighting with Raspberry Pi, Hyperion software and some LED Strips. Meaning there will be colors behind you TV that will be in sync to the currently displayed image, bringing watching TV experience to whole another level.

In general there are three options to achieve TV ambient lighting:

I will guide you step-by-step to Do It Yourself and I will start with the list of what is needed for this project.

What is needed to DIY TV Ambient Light?

These are the products with affiliate links to AliExpress and/or Amazon.

Of course you can buy these stuff from anywhere you wish, but if you do it from the links below you will support my work with no additional cost for you. On top I will be forever thankful!

A Raspberry Pi and microSD card (at least 4 gigabytes microSD card) are one of the main components here.

I’m using Raspberry PI Zero W as it is the cheapest & smallest Raspberry with Wi-Fi and it is perfect for running the Hyperion software for this TV Ambient Lighting DYI project. I also want to dedicate the RPI Zero W only for that and I will not use it for anything else.

You can buy a Raspberry Pi Zero W by click on the image below or by choose one of these links: 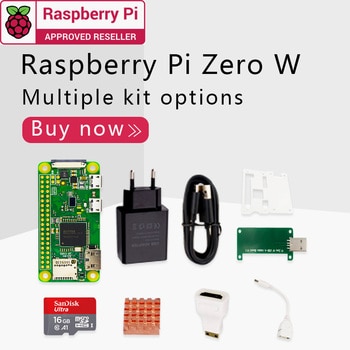 You could also use Raspberry pi 3 or 4 with the same success. These are more powerful devices and you could use them for more than just TV Ambient Lighting.

Make sure that you get a good microSD card as it will be pity to setup everything and suddenly everything to die, because of SD card corruption. Not that this is not possible with good SD card, but the chances are smaller. Here are few examples:

You will need LED strips. I’m using and I’m recommending the 5V WS2812 LED strips. Five meters of these should suffice. After I finish the installation on my 47” TV I have around 1.5 meters left, so this should be enough for bigger screen sizes as well.

I had only IP67 version of the LED Strip which was very hard to tape with double-sided adhesive tape and I used insulating tape (ugly, but effective). Thus I will recommend the 5m IP30 with 30 or 60 LEDs per meter as it will be easier to mount behind the TV, it is cheaper, and you don’t need any water proofing after all (I hope you didn’t mount your TV outdoors without any cover).

You can buy the LED Strip by click on the image below or by choose one of these links: 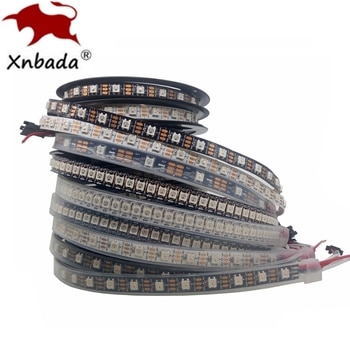 You will also need a power supply unit (PSU). I’m using a 5v 10A PSU which will be more than enough to power both the Raspberry Pi and the LED strip.

You can buy the Power Supply by click on the image below or by choose one of these links: 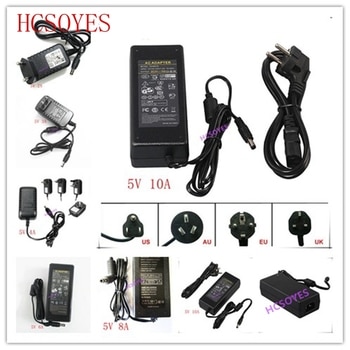 Next thing on the list is the HDMI video capture device with loop. This device is also very important for the whole project. Without it your LEDs will not be in sync with the image displayed on your TV. Or in other words you will be only able to make your LEDs to glow in static colors or in predefined effects. That will not be true TV ambient lighting that we want to achieve. So you better buy this.

You can buy the HDMI video capture device with Loop by click on the image below or by choose one of these links: 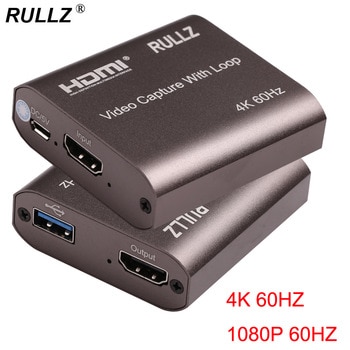 The L-shaped connectors are useful, but optional. You can buy them or you can cut & solder the corners of your LED strip or just twist gently the angles as I finally did – the choice is yours.

These are the links if you want to buy them anyway: 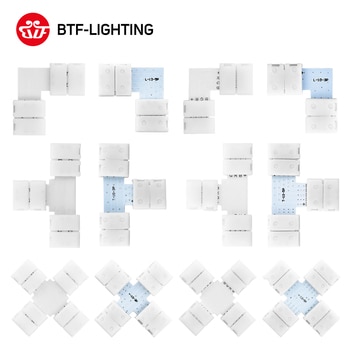 A microUSB cable that you are ready to cut is also needed. This is going to power the Raspberry Pi.

One of these Female DC connectors is needed as well.

1 or 2 HDMI cables are also needed. 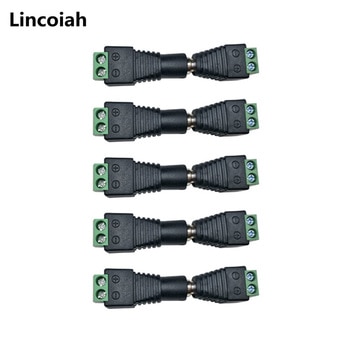 We need a software that can be configured with several parameters that are specific for every TV Ambient Lighting installation (as number of LEDs that are used, LED strip type, etc). A software that will understand what commands to sent to your LED strip to match the TV image. This is where Hyperion jumps in as the brain of our operation.

With that being said let’s catch one Hyperion and make it work!

It is time to begin. Let’s start with burning the HyperBian to a microSD card. And HyperBian is just a Raspberry Pi OS lite with Hyperion software preinstalled exactly what we need for our TV Ambient Light with Raspberry Pi project.

How to configure Hyperion?

We need to configure the Hyperion software a bit before attaching the HDMI capturing device and move everything to the TV for our TV Ambient Lighting on Raspberry Pi project.

How to connect the Raspberry Pi & LED to the power?

Now let’s connect the Raspberry Pi and the LED strip to the power supply and power it up. Just to check that everything is fine.

Attach the LED strip on the TV

If you reached this point and everything until now is working (you saw the boot effect when Hyperion start) – congratulations 👏. You are just a few minor steps away from your perfect TV Ambient Lighting on Raspberry PI.

As a motivating gift I will give you the subscribe link to my newsletter. You will receive articles like this one on a weekly basis and you can opt-out anytime if you don’t like it.

Now back to work!

Now is the best time to attach the LED strip on the back of your TV, use the L-shaped connectors or cut & solder or twist the angles (as I did).

You can now attach everything and check if it is working. This is what you need to do.

This is the next and final checkpoint 🤣 If you are here, you will receive another reward 🎁 An invite link for my Discord server.

Join there and shout out in the #general channel -> Hyperion Owned!

Hi,
Great guide! you make it seem so easy i am going to try it. I have a piehole already but it is away from the tv so i’ll buy 1 more for this.
My wife is wondering if this set-up allows for the usual use of the led stripe (for example just blue, just red or off) or it is only for the ambient mode. Thank you!

Hi Paris, it is not hard at all – you will do it without problems. Tell your wife that everything is possible! You can use ambient mode, you can use predefined effects and you can create your own effects with any of the LEDs any color you wish. Good luck with the project and let me know the result. In today’s article we are going to talk about Home Assistant Google cast integration and Home Assistant cast functionality. As always we are not only going to do sweet talks, but we will see everything Read more… Imagine a local NVR designed for Home Assistant with AI object detection. Imagine no more as there is one. It is called Frigate and I’m going to demonstrate how to setup it and how Home Read more… Home Assistant Tasmota integration allows you to control Tasmotized Devices over MQTT without having to add a tone of YAML code. Let’s see this in action Table of Contents What is Tasmota?Installing Mosquitto (MQTT Server)Add Read more…